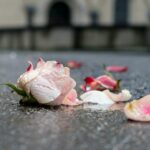 Moments before, a fight in the living room had escalated quickly as they often did. I laid on the cold hardwood as his fist hit the floor next to me. A fist that was meant for me. In a moment of adrenaline, I kicked him, freeing myself. Running, I turned the corner toward the stairs and saw my boyfriend’s 2-year-old son screaming out in terror. It broke me. Just as quickly as my heart broke, I felt hands grasping at my ankles trying to pull me down the wooden steps until I made it to our bedroom and slammed the door, locking it as quickly as I could.… 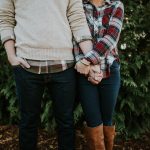 My Broken Engagement Was God’s Greatest Gift To Me 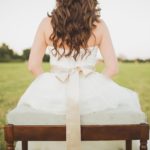 In the wee hours of the morning I gazed with tear stained eyes at the ring on my little finger. I was shocked but at the same time had known all along it would play out that way. He had broken up with me so many times I’d lost count. I don’t know why I thought it would be different once marriage was on the table but I wanted to believe it would be. Pain gripped my heart as memories flooded my mind of saying yes to the dress and flipping through bridal magazines. Plans were made and a date was set.

However pathetic, I begged him to change his mind as we spoke over the phone past midnight. After he’d dropped such a bomb on my heart I couldn’t let him hang up. “Please don’t hang up. This hurts so bad. How could you do this to me?!”…