FEAR: No longer a slave. 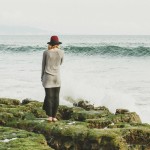 I saw it and my heart sunk. Immediately, I began to feel panic spring up from my core. Worry consumed me.

What did I see? An article someone had shared on Facebook. I didn’t even click to read it. The title alone was enough to send me into a full fledged panic attack: “Health Officials Warn of Stomach Bug Surge.”

I know what you’re thinking. Wow, that seems dramatic. I understand, and as much as I can be quite the drama queen this is a serious issue in my life. A struggle I once thought I’d never overcome. I have a deep and destructive fear of throwing up. Fear is a tricky thing. In some ways fear is protective. It prompts us to look twice before crossing a road or find shelter in a bad storm. Most often though, fear is a damaging thing. And in my life, I was allowing it to wreak havoc on my soul.

The Struggle Is Real

I haven’t always had this struggle. In fact it wasn’t until my early twenties that it arose in my heart. About two years ago I was at my worst point. By this time, it was a normal occasion for me to have full on panic attacks a couple nights a week. One particular Friday, I was about to leave work so I went to use the restroom. A coworker had gotten sick and to make a long story short I came in direct contact with it. I’ve never washed my hands so vigorously in my life! This became one of the worst weekends of my life. I left work and met a friend for dinner. I was hoping it would be a distraction but though we were talking, my mind was reeling with fearful thoughts. I couldn’t eat. This being a pattern that continued throughout the whole weekend.

I made the mistake of googling how long it takes to show symptoms of a stomach virus after coming into contact with it. That was dumb. 24-72 hours. So what did I do for 24-72 hours? Panicked. That first night my husband and I laid down to go to bed-the very thing I dreaded all evening. There it was waiting to consume me: Anxiety. From the moment I laid my head on my pillow until about 7am I was just that: consumed. I was shaking rapidly and uncontrollably for those long dark hours. If you’ve ever experienced an anxiety attack you know exactly what I’m talking about. It’s not just nervousness or worry. It’s a deep, painful chaos in your whole being. Your mind races like never before, your heart pounds, you’re nauseous, you feel like you can’t breathe, you’re drenched in sweat and your body shakes with such intensity you feel like you’re completely out of control all while feeling utterly paralyzed. Most times when these occur, I can’t pray or even utter a word. All I can do is think “God, help.” I still remember my sweet husband putting his arms around me to try to calm me down and stop the shaking. Nothing helped. This happened every night for 3 nights. I think I got about 6 hours of sleep over the course of 3 days. That Sunday at church I told the wife of one of our Elders I wanted to die. I was exhausted and miserable and I wanted it all to be over.

I never did get sick by the way. Instead, I allowed fear to wreck my life.

There is so much more to fear than just the physical impact. For me, it bleeds into all aspects of my life. On a daily basis, I can be bombarded with fearful thoughts. When I eat I have to fight off the thought that I may throw up that meal. If I hear about someone being sick I am faced with temptation to fear that the illness resides in me too. If someone tells a story about a time they were sick I remember every detail and those memories haunt me. I’m beyond scared to try to have a baby because of morning sickness. I know in my current state I would have panic attacks anytime I felt nauseous which could possibly hurt the baby. I could go on and on. My heart aches to be normal again.

Fear and anxiety fight to isolate and steal your joy. But praise the Lord I have found a cure for my disease and it’s not a medicine. It’s the Gospel.

The day I told one of my Mentors I didn’t want to live anymore was the day I started counseling with her and eventually my Pastor. Using scripture they showed me the practical ways to fight the temptation to fear. They taught me to put off my fearful thoughts and replace them with thoughts that are “true, honorable, just, pure, lovely, commendable, excellent, and praiseworthy.” (Philippians 4:8). Still, I knew truth but couldn’t fight the thoughts that bombarded me. I felt defenseless.

People told me I was wrong for claiming my anxiety was a sin rather than some kind of mental disorder. I had been believing the lie that I could never overcome this struggle and I’d never again be “normal”. But God in His grace opened my eyes to the most beautiful and life giving truth in his word. Romans 6.

For if we have been united with him in a death like his, we shall certainly be united with him in a resurrection like his. We know that our old self was crucified with him in order that the body of sin might be brought to nothing, so that we would no longer be enslaved to sin. For one who has died has been set free from sin. Now if we have died with Christ, we believe that we will also live with him. We know that Christ, being raised from the dead, will never die again; death no longer has dominion over him. For the death he died he died to sin, once for all, but the life he lives he lives to God. So you also must consider yourselves dead to sin and alive to God in Christ Jesus. Let not sin therefore reign in your mortal body, to make you obey its passions. Do not present your members to sin as instruments for unrighteousness, but present yourselves to God as those who have been brought from death to life, and your members to God as instruments for righteousness. For sin will have no dominion over you, since you are not under law but under grace. (Romans 6:5-14 ESV)

Did you catch it? As I sat in the pew one Sunday morning it came crashing upon me like a refreshing waterfall after walking in the desert for months. I am no longer a slave! This is a sin of distrust in God and I am not enslaved to it! I can be free because when the Son says free, it’s free indeed!!

Those who told me I needed to be put on medicine meant well but for my case they were wrong and I was so happy about it! If my struggle is a sin, there is a true and long lasting cure! THE GOSPEL. Once I started to believe I was not trapped in the darkness of fear and anxiety forever it became easier to “take each thought captive” (2 Corinthians 10:5) and replace it with truth.

It wasn’t over night and it certainly is hard work but I have seen God work in mighty ways. I still have bouts of anxiety (mostly during the fall/winter) but when I think of where I was I am so thankful. During the summer I came to a point where I didn’t remember the last time I had a panic attack. Just the other night I woke up and went into panic mode but only remained there for less than 20 minutes thanks to God and His word. A far cry from the weekly attacks known to last up to 5-6 hours.

Power in the Name of Jesus

I share all of this because it’s applicable to all believers. You may have a struggle with sin you don’t believe you can be freed from. You may feel paralyzed in the bondage of that sin. I am living proof that’s not true. If you are Christ’s, He has set you free. The same power that rose Jesus from the grave lives inside of you. We are weak but he is strong (2 Corinthians 12:10) and he fights for you. He wants you to live in the freedom he purchased for you on the cross. Will you believe his promises and trust him today?

He is so good to us. I’m reminded yet again why I named my blog what I did. As we prepare to celebrate our Savior’s birth lets not forget why He came, to set us free and heal us of our greatest disease, sin. God is my Healer. God is THE Healer.

“Hallelujah, we are free to struggle. We’re not struggling to be free!” Tenth Avenue North