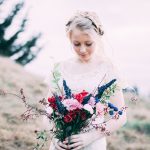 Now, I’m not saying we should toss out all the boundaries and rally in a free for all. But this issue is much broader than whether or not a person has “saved themselves for marriage.” Purity is a deeper concept. It’s not just about physically remaining abstinent. A woman can be impure by giving away intimate parts of her mind that should be guarded and kept only for her husband. It’s an issue of the heart, not just the body.

It’s possible to appear squeaky clean from all views on the outside and yet, still have a heart full of dirt.

Remaining pure includes fleeing from all aspects of sexual sin, and we know from scripture our actions come from the contents of our heart.

Jesus said, “everyone who looks at a woman with lustful intent, has already committed adultery with her in his heart.” (Matthew 5:28). He exposes the truth that even if a person hasn’t acted on a sin physically, they’re still guilty by entertaining the thought. We see actions, but God looks at the heart. (1 Samuel 16:7).
If we look into our hearts with honesty, we will find no one can claim to be pure. Our thoughts, desires, and actions are all tainted by the fall and we all fall short of the standard. (Romans 3:23).

Maybe you’ve read about the woman in Proverbs 6. You know, the seductive adulterous woman that lays in wait for prey. Well, you can go ahead and insert my name there. I was that girl. Did you catch that? I was.
When I was a new believer, I struggled with tons of lies because of my past. “No Christian man would ever marry me. I’m damaged goods.” and “Could God truly forgive me?” I also believed I wasn’t allowed to wear white on my wedding day because my virginity was no longer intact. I now recognize that for the lie it is. But I’ve met Christians who still hold to it.
What’s the reason behind wearing that beautiful white dress anyway? To point us back to Christ:

Let us rejoice and exult and give him the glory, for the marriage of the Lamb has come, and his Bride has made herself ready; it was granted her to clothe herself with fine linen, bright and pure— for the fine linen is the righteous deeds of the saints.
‭‭(Revelation ‭19:7-8‬ ‭ESV)

Marriage is a beautiful picture of Christ and His Bride, the Church. When a bride dresses in white on her wedding day, the purpose is to point to the marriage supper of the Lamb. “It was granted her to clothe herself in fine linen, bright and pure.”

Christians, we did not gain the ability to be considered pure by our own actions. It was granted to us by our King. His righteousness makes us pure. If you are in him, no matter what your past looks like, you have been cleansed. You are pure. Praise the Lord!

A friend of mine once told me she dreamed of wearing a pale pink dress on her future wedding day. I was so surprised because she, unlike me, hadn’t “awakened love before it pleased” (Song of Songs 8:4). Surely, she of all people should wear a white dress! But she said to me, “I think you should wear white. Because look at what God has done.” She understands redemption.

Some of you are like my friend. You’ve waited for your husband and guarded your heart. Praise God for this! He’s protected you from much heartache for his glory.

Some of you are like me. You’ve given yourself away and sometimes the consequences seem unbearable. God promises to turn it for your good and his glory. Praise him for that!

No matter our past, when God looks at any one of us who make up the Church, he sees the righteousness of his Son. The only righteousness worth clinging to.

Someone who disqualifies a woman from wearing white because of her past before Christ has a very shallow knowledge of grace, the gospel, and their own depravity. If it were not for the grace of God we would all be significantly more sinful. If we haven’t traveled a particular dark path we have God to thank, not your own righteousness.

The Blood of the Lamb

As a born-again Christian, to choose a darker dress for the purpose of displaying a lack of chastity would give the impression to the unsaved world that Christ can’t truly cleanse—that his grace can’t cover that sin. But that’s far from the truth. His grace abounds! (Romans 5:20).

As far as the east is from the west, so far does he remove our transgressions from us.
(Psalm 103:12 ESV)

He has made all of us pure. Therefore, we can glorify him by allowing the world to know only Jesus gives us a reason to wear white. That should be our only reason. When we wear a white dress for the purpose of showing off the purity of action we have achieved, we make much of ourselves. When we do it to reflect the truth that the blood of the Lamb has made us white as snow, we make much of him! We say to the world “Look what HE has done. I am not worthy of this adorning but HE has covered me in his righteousness.”

Firstly, I wanna speak to the girl who’s been running from God and so far has refused to turn to him. Maybe you stumbled upon this post not knowing what you were getting yourself into. Maybe you’ve willingly taken the wrong path as I did, or you think you will be saved because of the good you’ve done. Either way, God is drawing you near. He wants to save those who will come to him in humility, knowing they have nothing to offer. Turn to him. He is the only way. There is no life apart from Christ.

To the girl who has followed Christ from a young age and committed yourself to guarding your heart against sin. Keep fighting the good fight. Keep fleeing temptation and don’t give in. Your Father in heaven is not holding out on you. He’s protecting you from more than you could imagine. Take it from me, you don’t want the pain of that life.

To the gal who is like me, who turned from your sin and gave your life to Christ but still struggles with your past. There’s much healing for you in the Lord. Your Father is the ultimate repairer of the heart he created. He will use your past in ways you can’t fathom. Do not despair, he has redeemed you from the pit. (Psalm 40:2). Don’t believe the lies that are thrown your way. He is faithful. He has forgiven you. And he has made you pure. And a godly man will see you just the same.

My husband grew up in the church. He was saved at the sweet age of eight and has followed after God’s heart ever since. He saved himself for me. A gift I wish so much that I could have reciprocated. I never, in a million years, believed that a man like him would marry a woman like me. I am tearing up as I type this just thinking about God’s grace to me through him.

The night I told him about my past, I became very insecure. I feared he was second-guessing his pursuit of me. But instead, he told me he loved me for the first time. He said, “I love you. When I look at you, I see the purity of Christ.” Imagine me ugly crying at this point. His humility amazes me. This is how we should view each person in the Body of Christ. We’re no better than any other person simply by abstaining from something they didn’t. We are all made pure in Christ.

I didn’t write this post to tell you that you better wear a white wedding dress. In fact, I wore ivory. ;). But after hearing numerous comments regarding this topic, I was inspired to look into it further.

None of us deserve anything from God. But he has lavishly poured out his grace upon us. He is so good to his people. Because of what he’s done, we all can stand unashamed and speechless in his presence…and wear that pretty white dress. Or pink. Whatever your heart desires. <3

“Let us then with confidence draw near to the throne of grace, that we may receive mercy and find grace to help in time of need.”
(Hebrews 4:16 ESV) 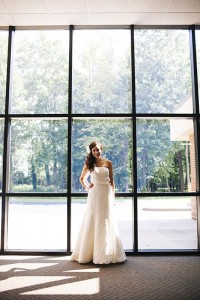 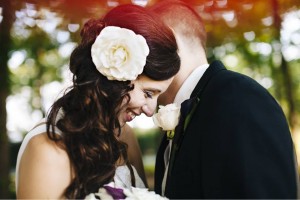