The Pursuit of Happiness and Why Its Pursuers Aren’t Happy 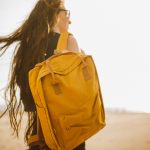 It’s a vicious cycle, really. Climbing the “corporate ladder”, trying to get your foot in the door before anyone else. It’s even on display in the festivities of Black Friday, which seems to be a bigger “holiday” than Thanksgiving lately.

What’s behind the arguing and backstabbing we witness so frequently?

People striving for whatever they feel will make them happy in the moment.

What causes quarrels and what causes fights among you? Is it not this, that your passions are at war within you? You desire and do not have, so you murder. You covet and cannot obtain, so you fight and quarrel. (James 4:1-2a ESV)

We’ve all seen it before. A toddler whips a toy out the hand of their friend because it will make them happy.

A coworker makes up a rumor about their opponent in order to secure the promotion that seems to hold the key to their happiness.

A man or woman decides to leave their spouse because they’ve found the person that will make them happy.

In all of these cases, which are not uncommon, there are other humans whose feelings and happiness have been sacrificed on the alter of another’s.

Spouses, children and friends become collateral damage in our pursuit of happiness. And sickeningly, our culture applauds it.

“You have to do what is best for you.” is really a statement thats true meaning is, “Who cares about anyone else. Do what makes you feel good.” Leave your husband, abort your baby, lie to get your way.

For something so fleeting, we sure do leave a lot of wreckage in our trail to achieve it.

Our happiness collides almost daily with the happiness of others. Because we live in a sinful world, as sinful humans, we will encounter difficulty with other people.

My happiness is challenged when a person cuts me off on the road or is rude to me at the store. And I’m sure, at times, my actions have interrupted the happiness of others.

If everyone is striving for their own happiness, no one will ever remain happy.

The Pursuit of Happiness for Others

Not one time in the bible will you find a command to pursue all that makes you happy. You won’t see any approval or praise of those who are self-seeking or a call to step on others to get what you want. In fact, you find the exact opposite.

but for those who are self-seeking and do not obey the truth, but obey unrighteousness, there will be wrath and fury. (Romans 2:8 ESV)

That’s quite a warning for us! Instead of “looking out for number 1” we are called to a greater goal.

Do nothing from selfish ambition or conceit, but in humility count others more significant than yourselves. (Philippians 2:3 ESV)

We are called to put others needs and happiness above our own. What a different song than the one the world we live in sings!

But, how? We can look to Christ as our example and pray for grace to follow his lead.

Have this mind among yourselves, which is yours in Christ Jesus, who, though he was in the form of God, did not count equality with God a thing to be grasped, but emptied himself, by taking the form of a servant, being born in the likeness of men. And being found in human form, he humbled himself by becoming obedient to the point of death, even death on a cross. (Philippians 2:5-8 ESV)

In the end, things, circumstances and people will never provide true happiness.

True joy is found in being found in Christ. It’s laying our own pursuit of happiness at his feet, and looking to the needs of others in hopes to display his love and character to them. 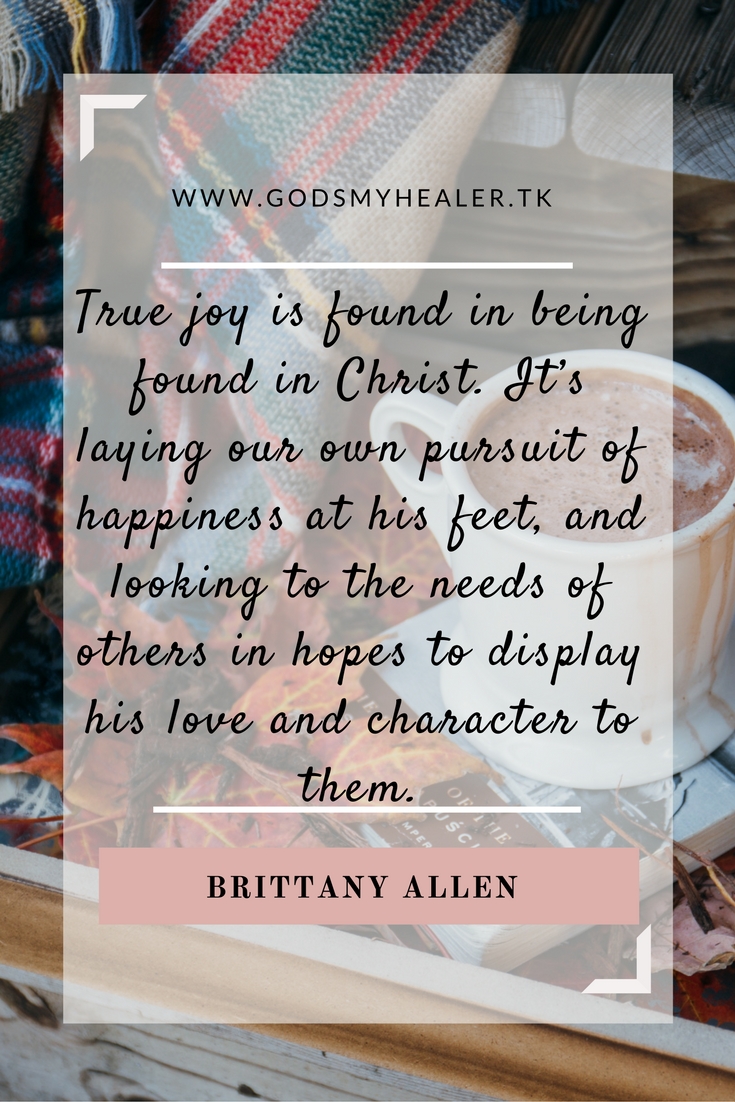 Pursuers of happiness will never be happy. Pursuers of Christ and his kingdom however, will have everlasting joy.