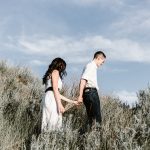 Though this article is meant to get to the root issue behind the reason this movie is so popular, I have to address the obvious content. I did not partake in watching “Fifty Shades of Grey” but I heard and learned enough by seeing the previews (which weren’t even appropriate to watch).

But sexual immorality and all impurity or covetousness must not even be named among you, as is proper among saints…For you may be sure of this, that everyone who is sexually immoral or impure, or who is covetous (that is, an idolater), has no inheritance in the kingdom of Christ and God. Let no one deceive you with empty words, for because of these things the wrath of God comes upon the sons of disobedience. Therefore do not become partners with them; for at one time you were darkness, but now you are light in the Lord. Walk as children of light (for the fruit of light is found in all that is good and right and true), and try to discern what is pleasing to the Lord. Take no part in the unfruitful works of darkness, but instead expose them. (Ephesians 5:3, 5-11 ESV)

For the record, darker is not better. It’s a step closer to destruction.

There’s a much deeper issue with the Fifty Shades series than the sexual exploitation praised within it. It’s a disease that can be found in the heart of almost any woman.

We want men to want and need us, desperately. That their minds would be filled with us and their hearts would be shaped and molded into our likeness.

We want to be saviors of men.

And because we believe the lie that “sex is power”, we take the easy route to manipulate men by hitting them at their weak spot. But in doing so, we set ourselves up for heartache and shame and we show just how powerless we truly are.

READ: You Will Never Be Enough For That Guy

Since Genesis 3, women have wanted to rule over men. This desire has left many of us in frustration and pain. When women use sex as a tool for power or to get what they want, they often times leave the man they long to control fulfilled, while they themselves feel emptied of worth.

The Anastasia Steeles of the world will never have a happy ending so long as they keep seeking to save men. Men already have a Savior offered to them, and that’s Jesus Christ. How dare we try to take the place of the man who died for our sins. Even the sins we commit in our endeavor to change and control men.

It takes true power to entrust everything to the true Savior. It takes power to fight against our natural bend to manipulate and control men. It takes power to give ourselves to one man (our husband) rather than using sex to gain something from him.

Anastasia Steele is a weak woman. She exploits herself in an effort to be everything Christian Grey would like her to be.

Be a strong woman, instead.

And please, if you’re a Christian, have a little more care for your soul and don’t go see the Fifty Shades movie.