Those Who Suppress the Truth Prove Gods Existence 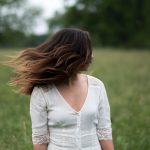 Post-modernism is the new black. Many millennials wear it like a favorite pair of toms. They let it soak into their minds like an inspirational quote on Instagram. And the complete rejection of logic is saddening.

“Your truth is your truth.”

Actually, no, that isn’t true. The definition of truth is that which is in accordance with fact or reality. There is only one reality and only one truth. You can disagree with what I believe to be true but you can’t claim two contradicting beliefs to both be true.

Furthermore, the rejection of truth actually proves the existence of a holy, righteous God.

The Law Reveals Our Sin

Ask almost anyone on the street and they’ll admit that they’re a sinner. This is because each of us are image bearers of God (Genesis 1:26-27) who have the law written on our hearts.

They show that the work of the law is written on their hearts, while their conscience also bears witness, and their conflicting thoughts accuse or even excuse them…
(Romans 2:15 ESV)

Even those who have never heard the gospel have God’s law seared into their consciences. They have a basic understanding of right and wrong. They feel guilt and shame because of their sin.

It is impossible for a person to live without any morals, though many times those morals are misguided. If you make any kind of judgment regarding right and wrong, you prove to be created in the image of a God of justice. You may be screaming, “Judge not!” at your neighbor while you simultaneously judge them for disagreeing with your lifestyle.

No matter how much we try to cast away God’s law, we cannot escape the truth that we are moral beings forever attached to our Creator.

Now we know that whatever the law says it speaks to those who are under the law, so that every mouth may be stopped, and the whole world may be held accountable to God. For by works of the law no human being will be justified in his sight, since through the law comes knowledge of sin. (Romans 3:19-20 ESV)

The law is meant to bring people to a knowledge of sin. The correct response is repentance and trusting in Jesus who obeyed the law on our behalf. But many people choose to reject that there even is such a condemning law.

The evidence of God’s existence is in the person who casts off the law as meaningless and suppresses the truth that there is a God to which each of us are accountable.

We don’t want his accountability. We would rather to cling to our sin instead. So we ignore truth, hush our guilty conscience and deny his existence.

Those Who Suppress the Truth

Those who suppress the truth actually reveal the wrath of God which in turn, proves his existence. Funny how that works. In striving to run from the truth they show God’s word to be 100% accurate.

For what can be known about God is plain to them, because God has shown it to them. For his invisible attributes, namely, his eternal power and divine nature, have been clearly perceived, ever since the creation of the world, in the things that have been made. So they are without excuse. (Romans 1:19-20 ESV)

Avoiding the truth that God is Creator and has authority over all is inexcusable.

Rejection of God as Creator is the first step down the trail that leads to destruction. And the wrath of God is revealed in the lives of those who follow that path.

This rejection leads to dishonor, ungratefulness, darkened hearts, foolishness, and drives us further into sin.

For although they knew God, they did not honor him as God or give thanks to him, but they became futile in their thinking, and their foolish hearts were darkened. Claiming to be wise, they became fools, and exchanged the glory of the immortal God for images resembling mortal man and birds and animals and creeping things. Therefore God gave them up in the lusts of their hearts to impurity, to the dishonoring of their bodies among themselves, because they exchanged the truth about God for a lie and worshiped and served the creature rather than the Creator, who is blessed forever! Amen. (Romans 1:21-25 ESV)

Human hearts were made to worship. If our affections aren’t directed toward the God of the Universe, they will find something to replace him, though that replacement be faulty at best. We worship boyfriends, money, sex, feminism, friends, even ourselves. While none of these things will satisfy, all of them will destroy us if made to be lord of our life. And these things we make our “god” prove the existence of the one true God.

Given Over to Sin

God’s wrath is revealed on the unrighteous by allowing them to continue in their enslavement to sin.

Because they exchanged the truth for a lie and rejected God, he gave them up to

They were filled with all manner of unrighteousness, evil, covetousness, malice. They are full of envy, murder, strife, deceit, maliciousness. They are gossips, slanderers, haters of God, insolent, haughty, boastful, inventors of evil, disobedient to parents, foolish, faithless, heartless, ruthless. Though they know God’s righteous decree that those who practice such things deserve to die, they not only do them but give approval to those who practice them. (Romans 1:29-32 ESV)

Sin is a cruel master, leading people to more darkness, pain and eventually death. The most gracious thing God can do for sinners is to save us from such destruction. The scariest place to be is given over to a debased mind; to our darkest desires. This is where his wrath is revealed.

All Are Accountable to God

No matter how much a person strives to suppress the truth, in the end they will see their striving was in vain.

You can’t will accountability to God away. You can’t run from Almighty God. There is only one escape from his wrath and that is by the blood of his Son. Only through Jesus will anyone be saved from the wrath of God.

For all have sinned and fall short of the glory of God, and are justified by his grace as a gift, through the redemption that is in Christ Jesus, whom God put forward as a propitiation by his blood, to be received by faith. This was to show God’s righteousness, because in his divine forbearance he had passed over former sins. It was to show his righteousness at the present time, so that he might be just and the justifier of the one who has faith in Jesus. (Romans 3:23-26 ESV)

A propitiation is the effects of the death of Christ in appeasing the divine justice, and gaining the divine favor on our behalf. It is only by the atoning sacrifice of Jesus that we are saved.

Oh, how I pray that his kindness would lead those who are lost to repentance today.