Your Testimony is Invaluable 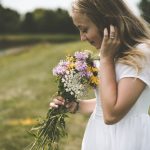 “My testimony is boring. I was saved really young.”

“I don’t have a very exciting testimony. I wasn’t a drug addict or anything.”

I’ve heard statements like these, often. Christians who were graciously placed in a home with godly parents who raised them in God’s Word, typically feel as if their salvation story holds little weight. They aren’t sure their testimony should even be spoken when placed next to a dramatic story of how God turned someone else’s life around. At times, they may long to trade in their story for a more exciting one.

Truthfully, theirs may lack drama, but it is a beautiful display of so many other things.

The Weight of a Dramatic Testimony

I truly love sharing the story of how God saved me. I was fully engrossed in sin, but he snatched me out of my pit and put a song of praise in my mouth. (Psalm 40:2-3). He has completely changed me. I don’t even recognize that girl I used to be anymore. I will forever be thankful for that.

It’s amazing to see this kind of outward transformation in people. It’s extremely glorifying to the Lord. But what you don’t see, is the inward heartache and shame those carrying dramatic testimonies face on a weekly–sometimes even daily–basis.

The memories, the thoughts, the temptations and the consequences of sin linger. There is a cost that many who were saved at a young age don’t have to pay: the scars of sin and shame built up over years and years of rebellion against God.

The Shelter of Your Father

While a person who was saved young is no less sinful than one who was saved in adulthood, the fact remains that the person saved later in life has acted out on their sin more, leaving them with deep wounds.

We all have scars from sin, even those who have been following the Lord from a young age. But praise God for his protection of you, that he made known to you his Gospel and lifted the veil so early in your life!

What a beautiful testimony that the world needs to hear! He sheltered you under his wing as a Father and holds you in his arms as you persevere in the faith, year after year. What a glorious story!

All Testimonies are Invaluable

Both those saved at an early age and those saved later in life, come together to display the glory of God’s protection, faithfulness and goodness to his people. We need the warnings of the gal who chased after darkness saying, “I’ve been there. Don’t go down that road!”, and the warnings of the girl saved at 8 saying, “God has protected me from that. He will protect you too, if you turn to him.”

All salvation stories point to Jesus. All of them bring glory to his name and all of them must be shared.

Each life saved by a gracious God is worth shouting from the rooftops for all to hear. Your testimony, no matter how “simple” you may think it to be, is invaluable to the Kingdom. He will use it to lift the veil from the eyes of others that they may turn to him and behold his glory. (2 Corinthians 3:16).

So don’t covet a more “exciting” testimony. Instead, recognize that every salvation is a holy work wrought about by a God who brings dead sinners to life. (Ephesians 2:1-5). And friends, that is truly amazing.

Since we have such a hope, we are very bold, not like Moses, who would put a veil over his face so that the Israelites might not gaze at the outcome of what was being brought to an end. But their minds were hardened. For to this day, when they read the old covenant, that same veil remains unlifted, because only through Christ is it taken away. Yes, to this day whenever Moses is read a veil lies over their hearts. But when one turns to the Lord, the veil is removed. Now the Lord is the Spirit, and where the Spirit of the Lord is, there is freedom. And we all, with unveiled face, beholding the glory of the Lord, are being transformed into the same image from one degree of glory to another. For this comes from the Lord who is the Spirit. (2 Corinthians 3:12-18 ESV)