Four Types of People You Shouldn’t Aspire To Become 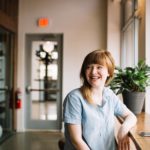 This article originally appeared on Whole Magazine as part of their Proverbs series. You can find it here.

A prominent theme found in the book of Proverbs is wisdom. It’s also filled from chapter to chapter with various warnings we must heed. In Proverbs 26, we see warnings against becoming four types of people.

The Fool
The Sluggard
The Quarreler
The Deceiver

Common sense (and the Bible) reminds me all of us could learn a thing or two from this chapter. I found myself convicted and I believe you may as well.

According to Proverbs 26:11, a fool is one who returns to her foolishness again and again. She doesn’t learn from her mistakes, but rather, relishes in them. Honor is far from her (vs 1, 8) and those who link arms with her are made to be fools as well. (vs 6, 10).

Many times, a fool claims to have wisdom and yet, “like a lame man’s legs, which hang useless, is a proverb in the mouth of fools.” (see also v. 9). Seemingly wise words, spoken from the heart and mouth of a foolish person are futile. This is a warning to those of us who follow Christ. We must be sure we are not living out of our foolish flesh but instead, seeking the Lord for wisdom, and walking by the Spirit. (Galatians 5:16).

Furthermore, we must learn how we should answer those who are foolish. They will come to us as a rebuking enemy, tireless to bring us to the state of their souls, making us out to be fools as well.

These verses are not a contradiction, though they appear to be. As Christians, we must become wise as serpents in order to determine whether or not to answer back to a foolish inquiry. As Paul states in Colossians 4:5-6, we must “walk in wisdom toward outsiders, making the best use of time, and let our speech always be gracious, seasoned with salt, so that we may know how we ought to answer each person.”

We all know a sluggard is a person given over to laziness. But in verse 16, we see the bible reveals that a sluggard is filled also with pride.

The sluggard is wiser in his own eyes
than seven men who can answer sensibly. (Proverbs 26:16 ESV)

In verse 11, we see that there is more hope for a fool than a person who is wise in their own eyes. Why is laziness such a big deal?

The sluggard depicted in this portion of the chapter is too lazy to help in time of need (v. 13), get out of bed (v. 14) and even to continue gorging himself with food (v. 15). That’s pretty lazy! But I bet if we’re honest, we too have lingered a bit too long in bed and skipped serving at church to binge watch TV. We have more in common with a sluggard than we’d gladly admit.

Here’s the reason a sluggard has prideful written on their forehead: The lazy person assumes time will stand still and they can complete their workload in their own strength with less time than the Lord has given them. They, and we, believe there is no consequence to our sinful laziness but as we toss and turn upon our bed, precious, God-given hours are gone, never to return. Minutes and hours we could have used to glorify God and participate in building his Kingdom, rather than our own.

Those found quarreling are quick to speak divisiveness into any conversation. Their heart is filled with evil and their lips fervent in their seeking of division. (v. 23). They are the gossipers who kindle fires and set the Body of Christ ablaze. (Proverbs 26:21; James 3:5-9). And you and I could be one of them.

As charcoal to hot embers and wood to fire,
so is a quarrelsome man for kindling strife. (Proverbs 26:21 ESV)

We must be so very careful with words we speak. “For lack of wood the fire goes out, and where there is no whisperer, quarreling ceases.” Let us be women who refuse to throw wood on the fires around us. Instead, let us strive to speak life and truth into those situations.

The saying is true, you can’t love your neighbor while lying to them. According to Proverbs 26, Solomon would agree.

When we lie to someone, it is revealed (whether momentarily or longgoing) that our hearts hold not love for that person, but hate. This seems to include flattery but especially is exposed in a pattern of continual deceit. Sarcasm may even be lumped in there according to verses 18-19.

As Christians, we must continually strive to speak the truth in love and throw off all deceitfulness, malice and hatred.

Be a Christ Follower

All of the above mentioned types of people have one thing in common: They live out of their fleshly desires rather than walking by the Spirit. We must put off all of these old patterns of life and put on our Lord, Jesus Christ.

He has given us the most perfect and beautiful example of how to not be a fool, a sluggard, a quarreler or a deceiver. And he has shown us with his life and his Word how to take up our cross and follow him to life everlasting.