Does God Wish for All to Be Saved? 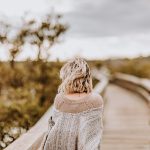 The Lord is not slow to fulfill his promise as some count slowness, but is patient toward you, not wishing that any should perish, but that all should reach repentance. (2 Peter 3:9 ESV)

Is it really so simple? Many would say so. But let’s take a look at this seemingly difficult passage in the comfort of context.

As you may know, there’s always a recipient when a letter is written. The author has a person/group of people in mind as he pens his words. The second letter of Peter is no exception. In fact, we’re offered a clue about who the recipients are in the first verse.

Simeon Peter, a servant and apostle of Jesus Christ, To those who have obtained a faith of equal standing with ours by the righteousness of our God and Savior Jesus Christ: (2 Peter 1:1 ESV)

This verse alone provides quite a bit of clarity regarding who Peter wrote his letter to. He wrote to those who have obtained faith in Christ. His letter was meant for the ears and eyes of believers.

Why is this important? Well, because if Peter was writing to believers, than the “you” and “all” found in 2 Peter 3:9 are most logically speaking to and about believers.

Anytime we study a passage of scripture, it’s essential that we search out the broader context of the particular book we’re studying. This is especially helpful when studying an epistle. Just as letters have recipients, they also have a purpose. Peter was addressing a particular issue in the lives of his readers.

Therefore I intend always to remind you of these qualities, though you know them and are established in the truth that you have. (2 Peter 1:12)

Peter spends the the entirety of what we know as the second chapter of this letter describing the wickedness of false prophets.

He warns his readers that “they entice unsteady souls.” (2 Peter 2:14b)

And many will follow their sensuality, and because of them the way of truth will be blasphemed. And in their greed they will exploit you with false words. Their condemnation from long ago is not idle, and their destruction is not asleep. (2 Peter 2:2-3 ESV)

Peter continues to explain what the destruction of false teachers and their followers entails in chapters two and three, hoping to warn believers to flee from these “destructive heresies” (2 Peter 2:1). Those who don’t listen will perish, proving they never had saving faith to begin with.

One of the heresies Peter addresses is the denial of Jesus’ second coming. (2 Peter 3:1-7)

They will say, “Where is the promise of his coming? For ever since the fathers fell asleep, all things are continuing as they were from the beginning of creation.” (2 Peter 3:4 ESV)

He wants to remind believers that Jesus is indeed coming back and when he does, he will come as Judge over the unrighteous. (3:10, 12) And here is where we arrive at the difficult verse which has sparked many debates.

Chapter three holds even more clues that this verse is referring to believers. Peter uses the word “beloved” multiple times when addressing them, including just before the verse in question. (vs. 1, 8, 14, 17)

But do not overlook this one fact, beloved, that with the Lord one day is as a thousand years, and a thousand years as one day. The Lord is not slow to fulfill his promise as some count slowness, but is patient toward you, not wishing that any should perish, but that all should reach repentance. (2 Peter 3:8-9 ESV, emphasis mine.)

“Beloved” is a word commonly used to refer to the Bride of Christ or a body of believers. Peter is clearly not speaking of the entire human race here. His point is this: Jesus is coming back. Prepare yourselves for his coming. “Be diligent to be found by him without spot or blemish” (3:14). He is patiently waiting for every person who makes up the elect to repent.

After zooming out to see the context of the apostle Peter’s words, we can be assured that this verse simply cannot be used to refute Reformed Theology.

Second Peter is a letter meant to warn the believer about the danger of false teaching and to confirm their calling and election, striving by the grace of God to be “found by him without spot or blemish.”

You therefore, beloved, knowing this beforehand, take care that you are not carried away with the error of lawless people and lose your own stability. But grow in the grace and knowledge of our Lord and Savior Jesus Christ. To him be the glory both now and to the day of eternity. Amen. (2 Peter 3:17-18 ESV)