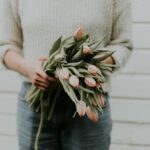 This article is part of a series. You can read Part 1 here.

Continuing our series on lies people believe about Reformed Theology, we now come to a very common objection to the doctrines of grace found within the Reformed faith.

Lie #2: If These Doctrines are True, God is Not Loving

How can God be loving like the Bible says if he chooses some people to be saved and not others?

We’ve arrived at one of the hardest questions surrounding God’s sovereignty over salvation. It’s a valid concern, and yet the Bible both claims that God saves some and not others and that he is the definition of love. In fact, if it weren’t for his faithful love, he would choose none to be saved.

This is hard for us as humans because we think it seems unfair. But truly, what is fair? We’ve all sinned against God millions of times and yet he saves some of us. Our only claim to fairness is condemnation to an eternity apart from him. But instead, he pours out his love on the elect despite what we deserve. Paul knew we’d have some objections to the idea of election…

The sovereign God of the Universe, the Creator of all things, decides on whom he will pour out his mercy and compassion. Paul continues…

Has the potter no right over the clay, to make out of the same lump one vessel for honorable use and another for dishonorable use? What if God, desiring to show his wrath and to make known his power, has endured with much patience vessels of wrath prepared for destruction, in order to make known the riches of his glory for vessels of mercy, which he has prepared beforehand for glory- (Romans 9:21-23 ESV)

The truth of God’s wrath and justice magnifies his mercy and love. It’s a hard truth for our human ears, but that’s because we’re—well, we’re not God. He is the Potter; we are the clay. We simply bow before him in humility, trusting what his word says about his character and remembering he is wise, sovereign, and good.

Some claim Paul is not speaking about God’s choice to save specific people but rather, certain nations. To that I’d simply ask, why then in Romans 9, does Paul specifically and clearly state that God chose Jacob over Esau before either were born? Two people, twins even, from the same mother and father and God chose one of them over the other

Yes, both were the fathers of different nations but within those nations were specific people God had either elected to be saved because of his own goodness and for his glory, or left to their inherited sinful desires. R.C. Sproul addressed this objection in one of his lectures:

“That didn’t persuade me for five minutes, because even if he were talking about nations, he illustrates it by the individuals who are at the head of that nation. No matter how you slice it, you’re still back to wrestling with one person receiving a blessing from God and the other person not, and you’re still back to it being based ultimately on the good pleasure of God Himself.”  1

The God of Love

God has poured out his love on the elect (Romans 5:5). But he also gives common grace to everyone.

For he makes his sun rise on the evil and on the good, and sends rain on the just and on the unjust. (Matthew 5:45b ESV)

The fact that he doesn’t immediately strike us down in our sin is proof of his patience and love. Think of how often good gifts are given to us and other undeserving sinners? We know they come from his hand (James 1:17). And of course, the greatest example of his love is when he sent his only Son, Jesus Christ, to die our death, that we might become sons of God (Romans 5:6-10). Scripture is clear that God is merciful, faithful, steadfast in love, patient, kind, and good. Let’s take him at his word.

The Lord is gracious and merciful,
slow to anger and abounding in steadfast love.
The Lord is good to all,
and his mercy is over all that he has made. (Psalm 145:8-9 ESV)