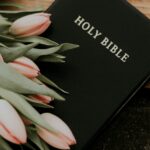 Limited Atonement. Has there been a more misleading term? Doubt it. A misunderstanding of this doctrine is one of the biggest reasons people reject the doctrines of election found within Reformed Theology.

Not to mess up the TULIP acronym, but I prefer the term used by the late R.C. Sproul: Definite Atonement.

Limited or Definite Atonement does not teach that Jesus’ death on the cross is limited in power, for it is sufficient to save all. Instead, it teaches that he died exclusively for his sheep, just as we find in scripture.

The sheep he speaks of are those the Father has given to him to save.

No one can come to me unless the Father who sent me draws him. And I will raise him up on the last day. (John 6:44 ESV)

And this is the will of him who sent me, that I should lose nothing of all that he has given me, but raise it up on the last day. (John 6:39 ESV)

Universalism or a Double Payment?

Even with the clarity of the verses we just looked at, there are those who believe the Father draws all people and salvation is left to the sinner’s response. More than that, they believe Jesus died for every single human.

Truly though, the belief that Jesus’ death on the cross was applied to every person brings us to a scary conclusion: Either all are saved, which is called universalism and is, well, heretical, or you have people in Hell paying the penalty for their sin, even though Jesus’ blood was applied to them.

A common verse brought into this debate is 2 John 2:2 where John states that Jesus is the propitiation, or the atoning sacrifice, of not just the believers he was writing to but the whole world. Could he have meant that Jesus atoned for the sin of every single human? Certainly not, since Jesus declared he will raise up every person he has died for and scripture is clear that many people are not saved (Matthew 13:36-43; 25:31-46).

The wages of sin is death (Romans 6:23). Sinners either receive Jesus’ death on our behalf or we receive eternity in a literal place called Hell, paying our own endless debt. It can’t be both.

Not Wishing that Any Should Perish

Writing on this subject would be fruitless without addressing the most common objection to it. It’s found in 2 Peter.

The Lord is not slow to fulfill his promise as some count slowness, but is patient toward you, not wishing that any should perish, but that all should reach repentance. (2 Peter 3:9 ESV)

I encourage you to read this post where I explain this passage more thoroughly, but for the purpose of this article I’ll provide a summary.

We must remember that 2 Peter is an epistle—a letter—written to a specific group of people, for a specific reason, addressing a specific problem. A quick reading of the text reveals that Peter’s letter was addressed to believers of Jesus Christ (2 Peter 1:1). In writing this epistle, he hoped to warn them about false teachers who were claiming Jesus wasn’t coming back and encourage them to remain established in the truth (2 Peter 3:4; 1:12). With this context in mind, we can view the suspected verse with more clarity.

The “you” and “any” refer to believers. Peter wants them to know that Jesus is coming back, but is taking his time, being patient until all of his elect reach repentance.

Limited in Power or Scope?

Here’s the underlying question: is Jesus’ death limited in power or scope? Did Jesus die on the cross hoping people would “accept” him as their Savior or did he pursue death on behalf of his sheep knowing he would indeed raise every single one of them up on the last day?

If Jesus died for all, all would be saved. Because Jesus is mighty to save. His act of atonement is definite. He came seeking his Bride, his sheep, his Church. He knows them and he loves them and he died for them knowing his act to save them would succeed in making dead people alive in him.