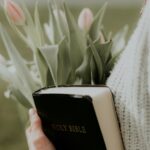 Lack of assurance regarding salvation is a common concern among Christians. Many Calvinists or Reformed believers wonder if they’re one of the elect. For the Arminian believer, the doctrine of election erupts a discomfort within that stems from salvation being accomplished by the hand of God alone rather than man’s choice. If it’s true that God has sovereignly chosen who will respond to his call of salvation, how can we be sure we’re saved?

Many who hold to an Arminian view of salvation believe that humans choose whether or not to be saved, and once saved God keeps them in the faith. But, logically speaking, if we believe we have any control over salvation, why would we no longer have control once we make the choice to be saved? If it were up to us to make the choice to be saved in the first place, shouldn’t it be up to us to remain that way? This is not biblical by any means, but it’s the logical place we land and the belief of Arminianism in its purest form.

Classical Arminians, including Jacob Arminus, the founder of this particular soteriology, believe that future salvation and eternal life is secured in Christ and protected from all external forces but is conditional on remaining in Christ and can be lost through apostasy. In this belief, it is left to the sinful human to remain in the faith. Do you feel the weight of that belief pressing in on you? I do. I know that if staying in the faith was ultimately up to me, I would no longer be a disciple of Jesus. Praise the Lord the Bible doesn’t teach this!

Scripture tells us we were dead in our sin (Ephesians 2:1). We also see that “it’s the Spirit who gives life; the flesh is no help at all.” (John 6:63). Just as physically dead people can’t make themselves alive, spiritually dead people can’t either. Throughout the New Testament we find that we did not choose God, but rather, he chose us before the foundation of the world (Ephesians 1:4-5; Ephesians 1:11; 1 Thessalonians 1:4; 2 Thessalonians 2:13; 1 Peter 2:9; Romans 8:29). But he not only chooses us, he keeps us.

Those the Father has chosen before the foundation of the earth will come to Jesus in faith by the power of the Spirit. And Jesus, our good and gracious Savior, will never cast us out. So the question becomes, how can I know I’m one of the elect? I plan to cover assurance of salvation more thoroughly in another article soon, but for now, let’s think about what Reformed Theology teaches regarding the perseverance of the saints.

Preservation of the Saints

The question Reformed Theology brings up in the mind of many Chrstians is “how can I know if I’m part of the elect?”

Apostasy is a real thing in the sense that people we think are genuine believers do shock us and walk away from the faith. But it’s not that they’ve lost their salvation. Rather, they never had it to begin with. John, in his first epistle, speaks to this very thing:

They went out from us, but they were not of us; for if they had been of us, they would have continued with us. But they went out, that it might become plain that they all are not of us. (1 John 2:19 ESV)

Essentially, if they were true believers, they would still be walking with the Lord. God promises to finish the work he has started in us (Philippians 1:6).

I appreciate R.C. Sproul’s changing of perseverance of the saints to preservation of the saints because it seems more fitting. True believers are preserved by God alone. We, by the power and the strength of the Holy Spirit, persevere by chasing after Christ and seeking to confirm our calling and election (2 Peter 1:10), but all of these things are wholly a work of God, just as salvation is.

The doctrines of Reformed Theology do not conflict with assurance of salvation. It’s easy to hear of the doctrines of election and become so inward focused, we miss the beauty of them.

Rather than fixating on the question, “Am I part of the elect?”, the question should be, am I seeking Christ today? If not, repent and start chasing after him now, knowing the Holy Spirit is working within you to abide in Jesus.

More on that soon in another article.