The Trend of Deconstructing from Reformed Theology 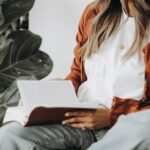 In the ripple effects of the increasingly popular trend of “deconstruction,” we find a deconstruction within a deconstruction. Are you confused yet? Me too. What I’m referring to is those who are deconstructing from reformed theology. They’re sick of the arrogance and the biting comments and the aggressive twitter fights (Who isn’t?). So they decide it’s just not for them. In fact, it’s better to have no labels, no boxes, no theological camps in which we place ourselves.

The problem is not that people are shifting their views on reformed theology. We don’t have to agree with the doctrines of grace or covenant theology to be Bible-believing Christians who love Jesus. The problem is that often in our fight against something that’s wrong, we tend to do the very thing we’re pushing against.

I recently skimmed the comments on a post about leaving reformed theology and was taken aback. Many of the comments had some form of this statement, “Leaving reformed theology was the best thing I ever did and now I experience real freedom in Christ!” Quite a few people expressed how thankful they are to be stripped of any theological stance at all. It’s just them and Jesus. Another gal claimed there’s even a new orthodox reformation.

Over the last year or so, I’ve received a few comments and messages from women who feel they were freed from reformed theology and want me to see the truth God showed them. While I respect their experience and their study of God’s word, it can come off as though they’ve been enlightened in ways others have not. I don’t believe this is the intention, of course, but claiming that God has specifically revealed to you that a long-debated theology is wrong—heretical even—seems like the definition of being “enlightened.”

The posture of many of the comments and tweets I’ve seen lately is a posture of arrival, of loving Jesus more than others, of being enlightened through deconstructing from reformed theology. It gives the impression that those of us who still agree with the doctrines are in some kind of bondage from which we need freedom. And once we are free, well, then we can “really experience true freedom in Christ,” as one commenter said. Only when we “take off the yoke of reformed theology” can we truly love Jesus.

People are disillusioned with reformed theology because there are a lot of really spiteful men and women who hang out in this theological “camp.” I get it. People can be absolutely hateful. However, I must admit that not one of my reformed friends acts like what you see on Twitter. They are kind, humble, loving people. It saddens me to think that these godly friends are placed in a bucket labeled “mean.”

Recently, I came across a tweet that I think shows the heart of this exodus out of reformed theology. The person asked: If a theology produces hateful people, shouldn’t we question that theology? It’s a really good question. But also, shouldn’t our theology be rooted in the Bible and not in the actions of the people who hold to a certain theological stance? If we’re honest, there are mean people on every side, because there are sinners on every side.

“Reformed people are so arrogant.” We’ve all heard it and probably said it. It’s because many of us have acted as though reformed theology is a prerequisite for true godliness, looking down on our arminian (or somewhere in between) brothers and sisters. Yet, it seems some people who’ve fled from these doctrines are doing the very same thing. They’re fighting arrogance with arrogance.

They are the ones who made it through the wilderness of reformed theology to the real truth. Their blinders are off and they are free. They may even look down on those of us who remain convinced of these doctrines, claiming we’re in bondage. Some of them, sadly, have begun to refuse to give their reformed brothers and sisters the time of day. They might openly shun them or they might merely do it in their heart. Either way, they are denying fellowship and unity, and worst of all, sinning against God.

It’s grievous. I’m heartbroken. Not because of differing theology but because of the unnecessary division.

Repentance on All Sides

It may be tempting to shift the blame to others. I know many of the people leaving reformed theology are leaving with wounds from professing reformed Christians. And yet, labeling every reformed saint as “hateful”, “arrogant”, “prideful”, “blind” only causes more disunity in the Body.

Reformed friends, we have got to do better. Not to keep people in agreement with us but because it matters to God how we treat others. Enough with the snide remarks and back-biting. Enough with looking down our nose at those who differ from us in our theology. We must stop with the sarcasm and hate toward image-bearers. Oh Lord, forgive us.

I’m so thankful for the gospel. Praise God we can confess our sin and rest in the truth that we are forgiven. I’m thankful that all of this division will one day be forgotten as we gather around the throne of God and worship Christ together. Can you imagine? As long as you’re in Christ, I’ll see you there, reformed or not.