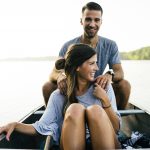 God is in control of the biological, emotional and spiritual affects of sex, because he created it.… 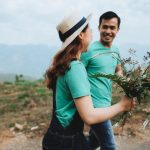 What It Really Means To Be Fully Known 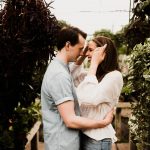 In the latter days of our engagement I, like any bride to be, was looking forward to our wedding night, where I would “become one” with my Groom. (Genesis 2:24). I was nervous and excited to be “fully Known” by the man I loved. What I didn’t know was what fully known actually means.

After nearly 4 years of marriage I have learned that it’s about so much more than sex. To be fully known is to allow yourself to be fully given.

We see this in the first marriage in Genesis:

And the man and his wife were both naked and were not ashamed. (Genesis 2:25 ESV)

My wedding night was beautiful except for one big elephant in the room: shame. And my unwelcome friend, Shame, followed me all throughout our honeymoon. Why are you here, Shame?!

“Remember how you used to use sex as a tool to make you feel loved?…

Why I Submit to My Husband 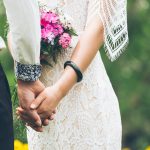 In a culture that celebrates pride and the rejection of all types of authority, submission is defined as weakness. It’s seen as equivalent to being a door mat or a punching bag.

I used to think this way. But as I grew in my faith I began to recognize how completely wrong I was. It’s easy, even natural, to rebel against authority. Authority threatens our sense of control over our lives.

What takes great strength though, is submission.

What is True Submission?

Biblical submission is much different from how our culture defines it. The world says a woman who submits to her husband is weak-willed and has no opinions or thoughts for herself. She is useless. A waste of potential.

Biblical submission, however, is truly a beautiful picture of Christ and his Bride.

Wives, submit to your own husbands, as to the Lord.

Marry a Man With These Characteristics 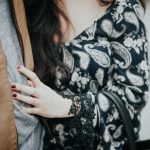 One thing that drives me nuts is the idea that real manhood equals a life of hunting, driving big trucks, and owning multiple guns.

Mostly, because I look around and see many men who just aren’t wired that way. Some men care more about computers and would rather sleep in a comfy bed than in a tent. Just like women aren’t all interested in pretty dresses and Anne of Green Gables, men shouldn’t be considered “manly” by their hobbies and interests.

And just as scripture should inform our minds about biblical womanhood, motherhood and the like, we must allow scripture to teach us what true manhood is as well.

So, on behalf of my single girls, I decided to look to the Creator of men to find what is true manhood as he designed and the true characteristics you should be looking for in a potential husband. 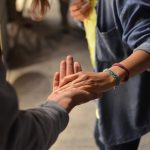